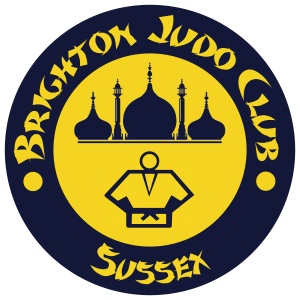 Brighton Judo Club has taught and promoted judo in Brighton since the early 1970s. The origins of the club are from the Mydokan (Japanese for ‘the new way’) which formed in the early ’60s. Judo had been prominent in the United Kingdom but the ‘hub’ of judo was in London. English students would return from Japan having been taught Japanese style judo in preparation for judo becoming an olympic sport in 1964. The Mydokan instructed in this new style of judo.

In the early 1970s Mid-Sussex Judo Club transferred from Balcombe to Brighton and joined with the Mydokan, finding a home at the Pelham Institute in Upper Bedford Street. The club remained there until July 1994 when the council required the property for development. The council then gave us a tenancy at Baldwin House, Edward Street (formerly the Nalgo/Unison Club) before we moved to St James’s Gardens in July 1996. Members and friends spent a total of four months working to install facilities befitting a judo club. As a result of their efforts we were given a write up in the World Of Judo magazine.

In May 2017 we made the difficult decision to relocate from our home of 20 years, this time to the 15th Brighton Scout Hall. Members and friends once again pulled together to help with the move and a new chapter in our history has begun!

The club name changed to Brighton Judo Club in 1994, really to reflect our true location since the ’70s.